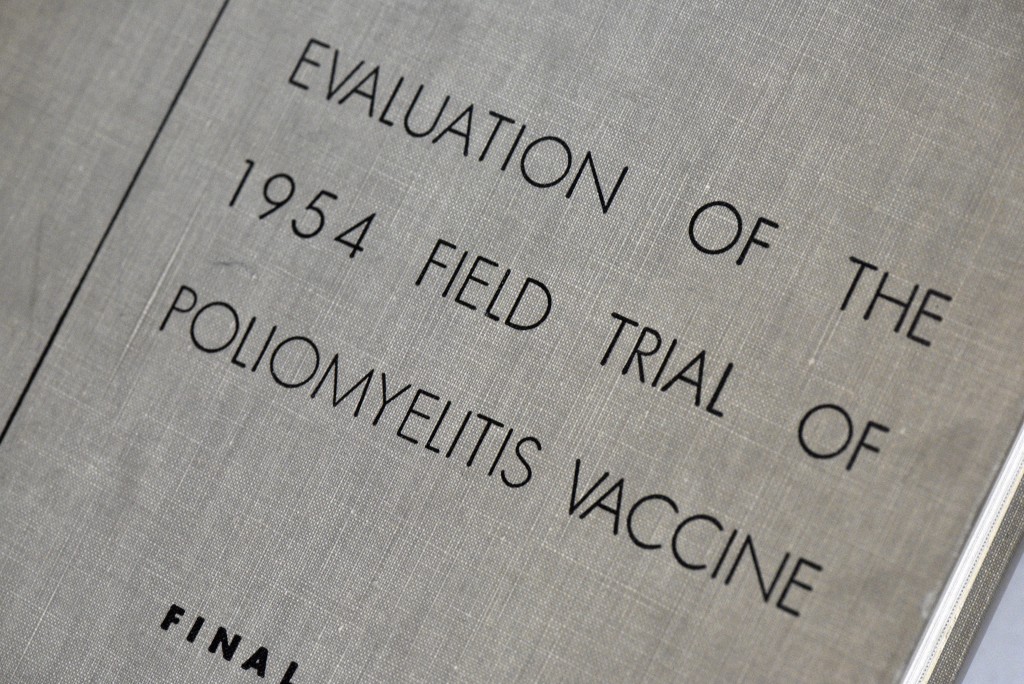 Vaccination is a complicated process. It involves coordination between many different areas of public life, so that immunisations can be manufactured, distributed and given to people. At the heart of it, however, you need an effective vaccine. That requires research in the laboratory. 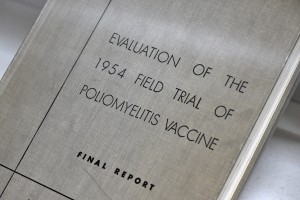 At the top of the page is a photograph of the Library’s copy of the polio vaccine field trials of the mid-1950s. Jonas Salk’s immunisation against polio was hailed as one of the great scientific breakthroughs of the age. To great fanfare at a press conference attended by the world’s press, he announced his success in April 1955. This had followed one of the largest mass drug trials in human history, in which it was shown that the vaccine was both safe and effective. Within hours, the United States government approved it for use on the general population. 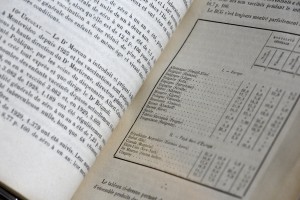 Salk’s discovery was dramatic. With a clearly defined invention and the subsequent trial, it feels like a single historic event. Not all scientific discoveries and developments work this way, and cannot always be attributed to one scientist or group. The main immunisation against tuberculosis in Europe, however, BCG (bacillus Calmette-Guerin) still carries the names of its discoverers. In this book from the Library’s rare books collection, Calmette describes how a form of the tuberculosis bacillus could confer immunity in humans.

BCG is interesting because the French and Scandinavian governments embraced it soon after its discovery in the 1920s. The British, on the other hand, preferred to use containment and sanitation methods to combat the disease. Both claimed that the scientific evidence backed their position. It was clear those vaccinated with BCG were less likely to develop TB; yet the British has much lower rates of TB in their urban populations. Only after the Second World War did Britain conduct a randomised trial on BCG and use it to immunise school leavers. In the United States, the development of streptomycin as an anti-TB drug meant that America opted for treatment rather than prophylaxis.

If you’re interested in such things, Linda Bryder’s book Below the Magic Mountain is available in the Library!

Finally in this cabinet at our vaccination exhibition, we have a portrait of Benjamin Jesty. Jesty had used cowpox as a form of immunisation against smallpox some twenty years before Jenner popularised the technique. To some, Jesty is the “true” discoverer of vaccination. However, unlike Jenner he did not conduct the same experiments. Nor – alas – was he such a good self-publicist.

Today, work continues on new vaccines. A viable immunisation against malaria is on the horizon, and much work has been done at the School and elsewhere on Ebola. Anton Camacho very kindly provided us with some examples of the work he does on statistical modelling. These techniques have revolutionised immunisation programmes in recent years, as they allow scientists to predict where the most useful interventions can be made. There is no point vaccinating a population if not vaccinating in that area will save just as many lives. At the same time, it helps us to predict how many people would have been infected and compare these data with the actual intervention. If far fewer people contract the disease when vaccinated than was expected, we can tell whether the vaccine really works out in the field. 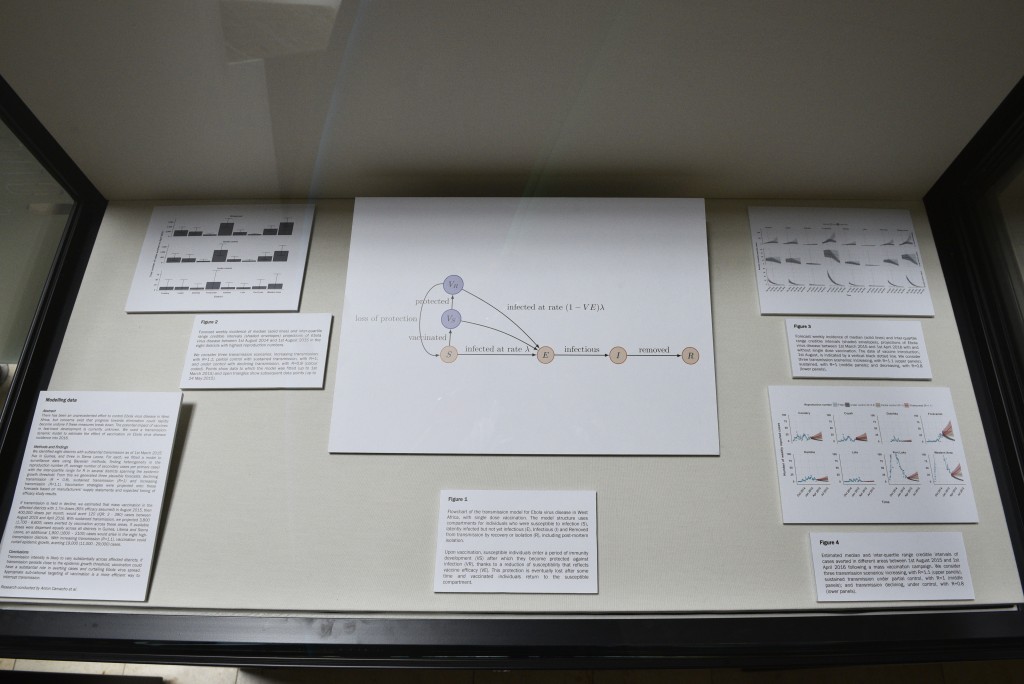